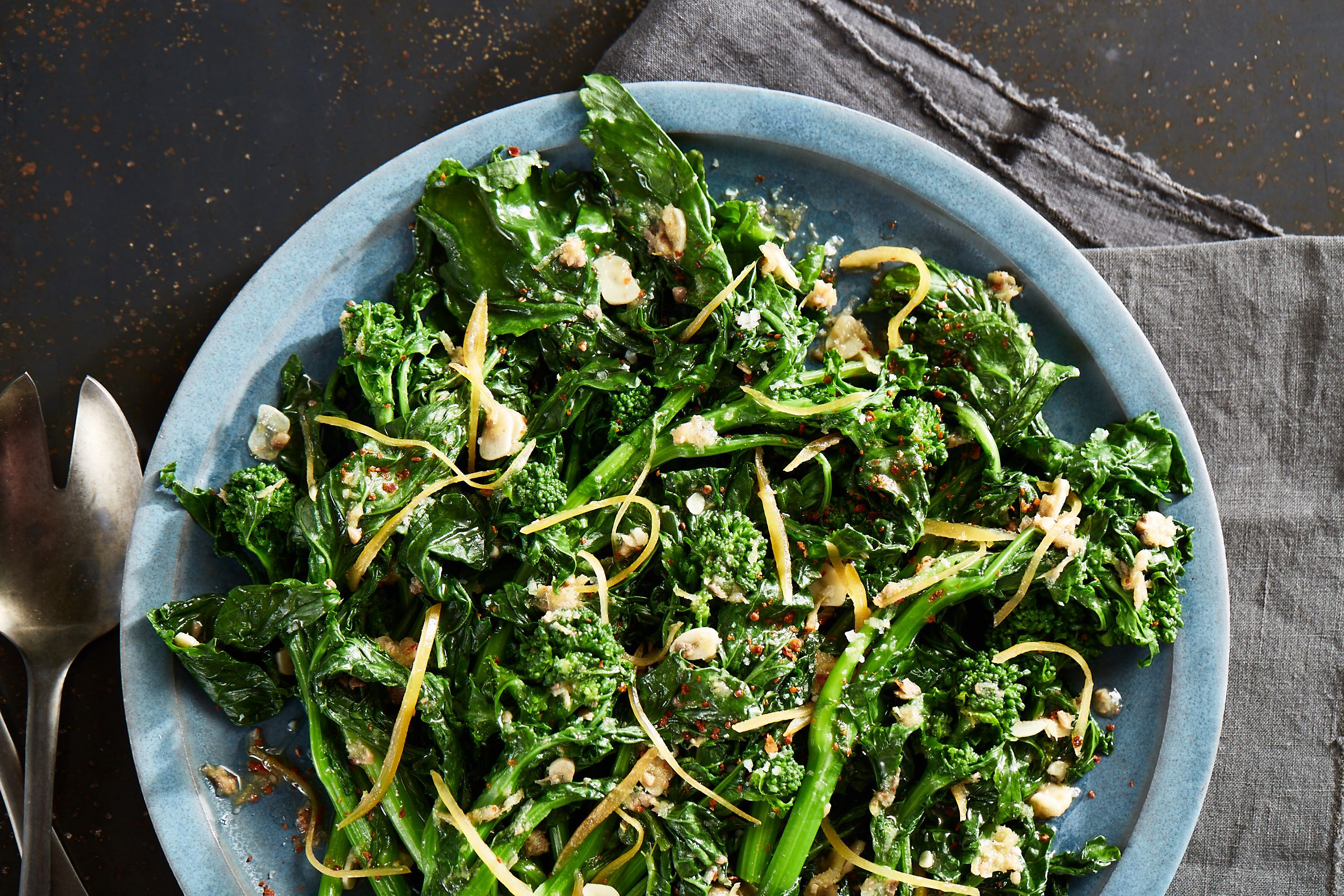 One of my closest friends, Justin Wangler, and I first met at A. B. Tech Culinary School in my hometown of Asheville, North Carolina. Justin is currently the executive chef of Jackson Family Wines in California’s Sonoma Valley. The vineyard’s new cookbook, Season, was released in September. Below is a recipe Justin shared with me; he likes to serve it with Kendall Jackson Chardonnay.

In a large pot, combine 4 quarts of water and 1/2 cup kosher salt and bring to a boil over high heat. Fill a large bowl half full with water and ice.

Trim off the tough ends of the broccoli rabe stems, keeping each bunch intact. Using a pair of tongs, hold a broccoli rabe bunch by its leafy tops and submerge the stems in the boiling water for 1 minute. Then submerge the entire bunch in the boiling water and cook for 90 seconds longer. Lift the bunch out of the water and plunge it into the ice bath until cold. Repeat with the second bunch. Drain the broccoli rabe well, separate the bunches, and place on paper towels to absorb excess moisture.

In a small pot, combine the garlic and the 3/4 cup oil over low heat and heat for about 6 minutes, until the garlic is soft but not golden. Remove from the heat and let cool to room temperature. Add the lemon zest and juice and the anchovy, and stir to combine.

In a large bowl, toss the dry broccoli rabe with the oil mixture to coat evenly. Transfer to a large, shallow airtight container and refrigerate overnight.