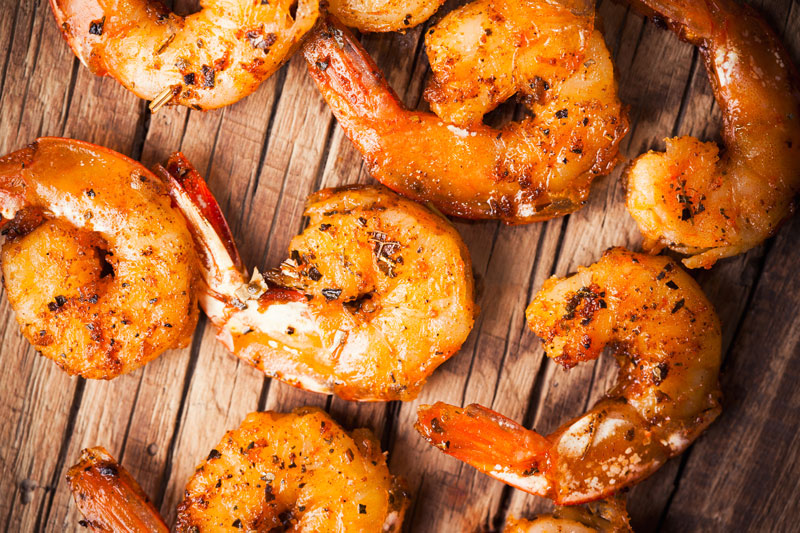 We’ve included two tricks to make this the best gambas al ajillo you’ve ever eaten. First, we infuse extra virgin olive oil with slices of garlic, which are later used as a crunchy garnish. Second, we marinate the shrimp with a secret ingredient—baking soda—to make the cooked shrimp extra “poppy.”

About 8 hours before you intend to cook, pour the olive oil into a small bowl. Add the thinly sliced garlic and let sit at room temperature. After 8 hours, strain the oil into another container, reserving the sliced garlic.

Heat the remaining infused oil in a large skillet or cazuela over medium-high heat. Add the sliced garlic and cook just until it is a light golden brown, about 1 minute. Fish the garlic out with a slotted spoon and set aside. Add the shrimp mixture and cook, stirring constantly, until the shrimp are barely cooked through, about 2 to 3 minutes, depending on their size. Do not overcook. Stir in the sherry vinegar, parsley, reserved garlic slices, and salt to taste. Serve immediately with crusty bread for sopping up the juices.

Serves 2 as a main course; 4 as a tapa — Recipe adapted from seriouseats.com 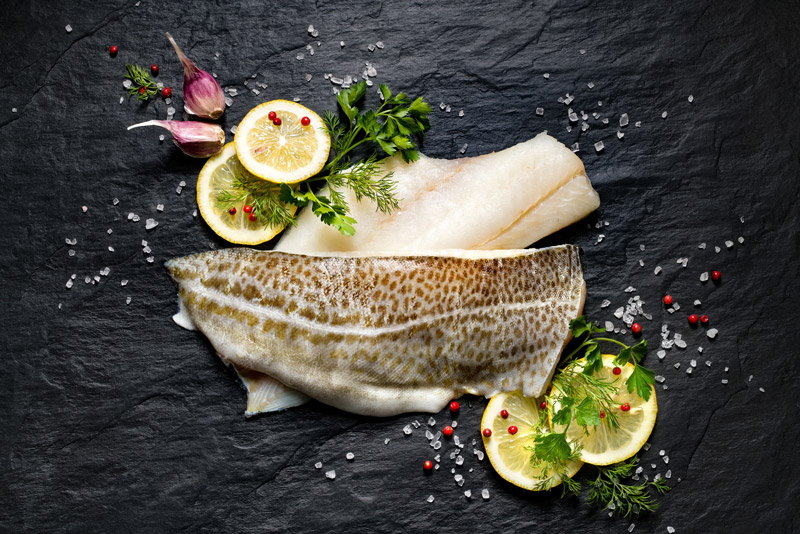 We often detect celery leaf–like flavors in the superior-quality oils we deliver to your table and were excited to find the following recipe. It uses celery leaves in a deliciously creative way.

Make the celery salsa verde: In a small bowl, combine the garlic, lemon zest, mustard, and salt. Stir in the celery leaves, mint, parsley, and 1/3 cup of olive oil. Taste for seasoning and adjust the salt as needed.

Pat the fillets dry with a paper towel and season with salt and pepper on both sides. In a large skillet, warm the remaining olive oil over medium-high heat. Carefully lay the fillets in the hot oil and cook until the sh separates into opaque white flakes. Transfer to dinner plates. Finish with a squeeze of fresh lemon and the celery salsa verde

Adapted from an article in Science Daily, January 10, 2018

In a new study published in the Journal of Urology, researchers determined that men who followed a Mediterranean diet—rich in fish, boiled potatoes, whole fruits, vegetables, legumes, and olive oil, and low consumption of juices—had lower risk of aggressive prostate cancer (PC) than those who followed other dietary patterns, like Prudent or Western diets.

Although PC is the most common type of cancer in men and can have a high mortality rate, evidence linking PC to specific environmental, occupational, or dietary exposures has been limited. Recent studies have investigated whether certain dietary patterns impact cancer risks, but the results have been inconsistent.

The study’s authors explored the relationship between the risk of having PC and dietary patterns as part of the MCC-Spain study, a Spanish case-control study that involved 733 patients with histologically confirmed PC and 1,229 healthy men with a mean age of 66 years from seven Spanish regions.

Adherence to the three dietary patterns of Western, Prudent, and Mediterranean, which characterize the dietary habits of the Spanish population, was evaluated.

The diets were graded according to the degree of adherence to each pattern and assigned to four quartiles from lower to higher adherence within each pattern.

Results indicated that for more aggressive and more extensive tumors, only high adherence to the Mediterranean diet showed a statistically significant protective effect. All other dietary patterns and tumor characteristics showed little or no correlation and did not achieve statistical significance.

Co-author Adela Castelló, PhD, Cancer and Environmental Epidemiology Unit, National Center for Epidemiology, Instituto de Salud Carlos III (Madrid), commented, “If other researchers confirm these results, the promotion of the Mediterranean dietary pattern might be an efficient way of reducing the risk of developing advanced PC, in addition to lowering the risk of other prevalent health problems in men such as cardiovascular disease. Dietary recommendations should take into account whole patterns instead of focusing on individual foods.” 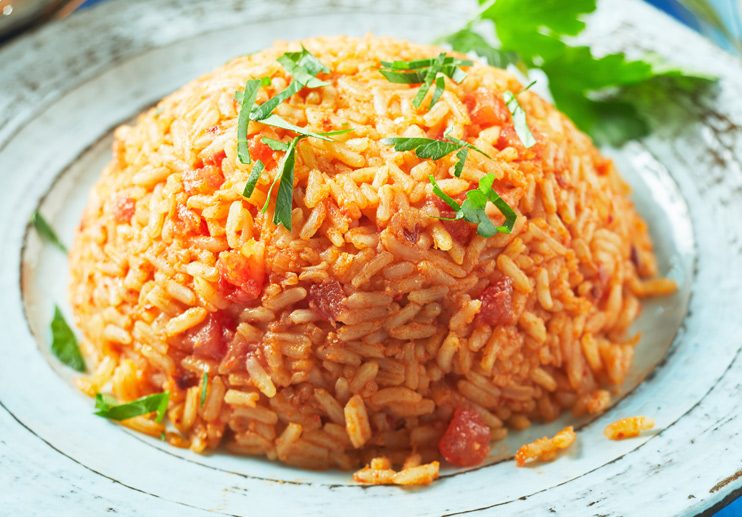 The Portuguese are very talented at creating wonderful combinations from a limited palette of ingredients. Rice and tomatoes is a great example. Serve with roasted meats, especially chicken, and plenty of premium extra virgin olive oil.

In a medium pot with a tight-fitting lid, melt the bacon fat in the olive oil over medium heat. Add the onions and garlic and cook for 4 minutes. Add the tomatoes with their juices; cover, then simmer for 30 minutes.

Add the stock; increase the heat and bring the mixture to a boil. Stir in the rice, salt, and pepper. Lower the heat to achieve a gentle simmer. Cover and cook the rice for about 20 minutes, or until tender. Fluff the rice with a fork before serving.

Serves 4 — Recipe adapted from The Food of Portugal by Jean Anderson (William Morrow, 1994)