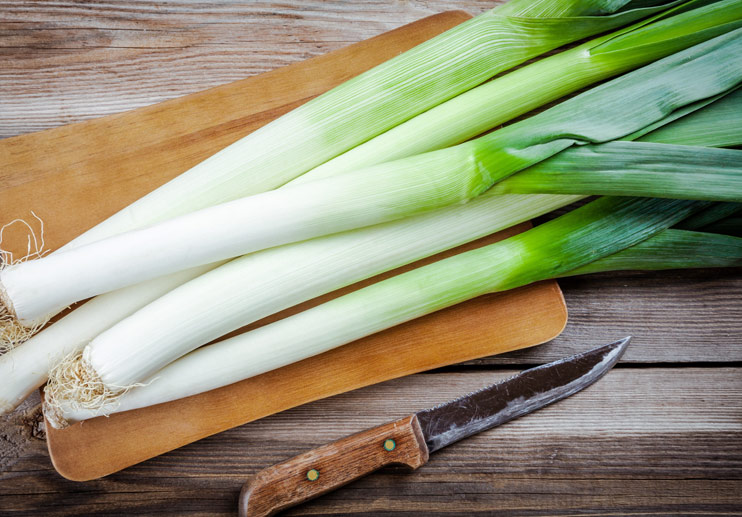 How can only three ingredients create such a sublime dish? We can’t explain it!

Place a rimmed baking sheet in the oven and preheat to 400°F. Cut 6 leeks, white and pale-green parts only, in half lengthwise. Rinse well and pat completely dry. Toss with 1/2 cup olive oil; season with salt. Arrange the leeks, cut sides down, on the hot baking sheet and cover loosely with foil.

Reduce the oven temperature to 300°F. Bake until the leeks are lightly browned on the cut sides and very tender, about 1 1/2 hours.

Uncover the leeks and turn cut sides up. Increase the oven temperature to 400°F; roast the leeks until golden brown, 15 to 20 minutes. Reserve any extra oil in the pan for making vinaigrettes or roasting other vegetables. Let the leeks cool, if desired; cover and chill.