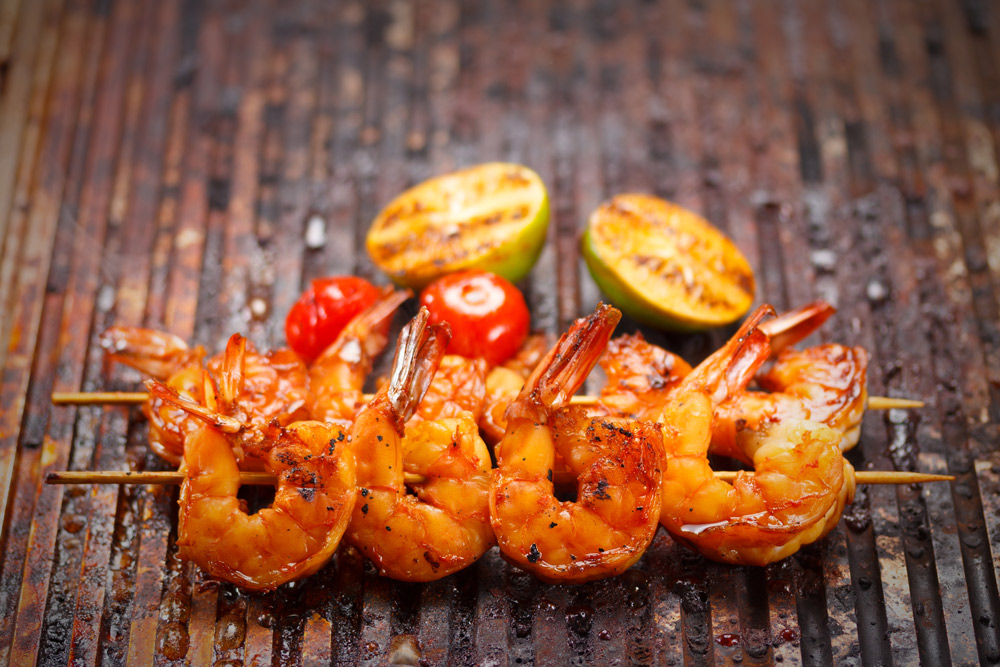 With more than 2,500 miles of coastline and cold, temperate waters, Chile hosts one of the most robust aquacultures in the world. Perhaps you have eaten the country’s succulent shrimp, said to be better than that from the Pacific Northwest or Canada. In any case, dinner can be on the table in 20 minutes or less.

Heat the broiler. In a small bowl, combine the paprika, garlic powder, and cayenne and season with salt and pepper. On a large rimmed baking sheet, toss the shrimp with the paprika mixture, then broil, flipping once, until pink, about 5 minutes. (You can also cook the shrimp in a mesh grilling basket on the grill.)

Meanwhile, in a large skillet over medium heat, cook the bacon until crisp. Transfer to a paper towel-lined plate to drain, then chop.

Make the vinaigrette: In a small bowl, whisk together the olive oil, lime juice, a pinch of cayenne, and a pinch of sugar until combined. Add the romaine to a salad bowl and top with the shrimp, bacon, and tomatoes. Drizzle with the vinaigrette and serve.