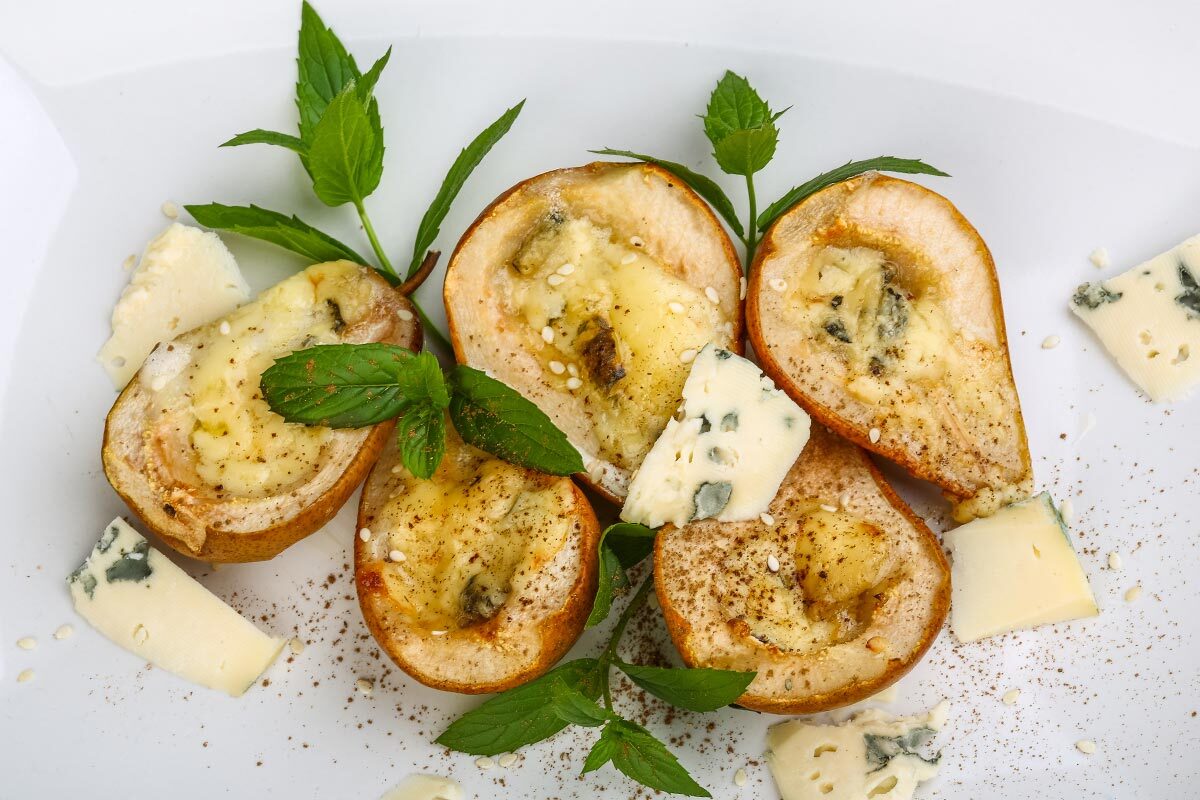 South of Melbourne is Tasmania’s King Island, recognized around the world for its outstanding dairy products. One of them is a particularly unctuous waxed blue cheese known as “Roaring 40s Blue.” It is named after the punishing 100 km/hr winds (62 mph) that bedevil the latitude of 40°S. If unavailable, substitute your favorite blue cheese, such as gorgonzola or Roquefort.

Divide the pears among 4 salad plates and season with salt. Arrange a wedge of cheese and 3 dates on each plate. Drizzle with the olive oil and garnish with the mint and peppercorns. Serve with the sliced country bread for dipping in the olive oil.