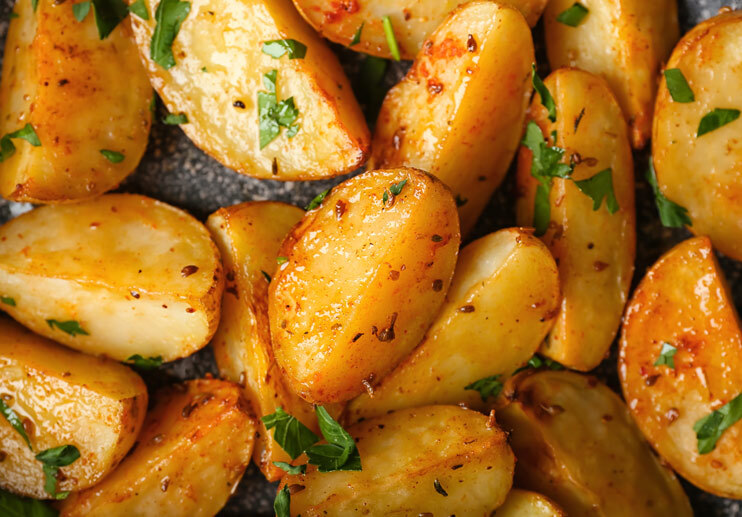 The humble potato, a native of South America, takes on a sophisticated persona in this satisfying dish.

In a large saucepan over medium heat, warm the olive oil until shimmering. Add the onion and 1/2 teaspoon of salt, then cook, stirring occasionally, until fully softened, 7 to 10 minutes. Stir in the potato mixture, then add the wine and broth. Bring to a boil over medium-high heat, then cover. Reduce the heat to medium and simmer, stirring occasionally, until a skewer inserted into the potatoes meets no resistance, about 30 minutes.

Uncover and continue to cook, now stirring more often and adjusting the heat to maintain a gentle simmer, until the liquid has thickened and lightly coats the potatoes, about 7 minutes. Remove from the heat. Cover and let stand for about 5 minutes. Remove and discard the bay leaf and stir in the parsley. Taste and season with salt and black pepper. Note: Don’t stir the potatoes too vigorously or they’ll break apart and make the sauce gluey. Also, don’t reduce the sauce too far; as the potatoes sit off heat, they’ll continue to absorb the sauce.